Overworking Your Employees Does Not Help Anyone! [Infographic]

More and more people are becoming self-proclaimed workaholics who throw around the term proudly. While it's great that so many people are passionate about the work they do, being overworked comes with a price. A new infographic from BambooHR, online HR software provider, shows how overworked employees are less productive.

According to the infographic, 24% of employees put in an extra six hours of work per week without extra pay. For managers, that time is doubled. Meanwhile, 39% said they work more than the usual 40 hour work week. However, all this work comes with a long list of issues.

Almost half of workers say they have gained weight because of their jobs. Longer work hours also means a higher risk of heart disease. Those who work more than 50 hours a week are 3x more likely to develop a drinking problem. Not to mention that most people just aren't getting enough sleep -- the average American adult is getting 90 minutes less sleep than they should and 41 million American workers are outright sleep deprived. As a result, many are turning to caffeine to get them through their days. 68 million Americans will drink three cups of coffee a day, while 30 million drink five cups a day and 21 million drink six cups of coffee a day. This does not include all those who consume energy drinks. The amount of people who have visited emergency rooms due to energy drink consumption doubled between 2007 and 2011 to more than 20,000.

While longer hours might give the impression of higher productivity, the truth is actually the opposite. Half of employees say stress leads them to be less productive. Working more than 55 hours a week can decrease your ability to solve problems, think creatively, decreases your quality of work, decreases your productivity and negatively impacts your short-term memory.

Learn more about how being overworked affects employees in the infographic below. 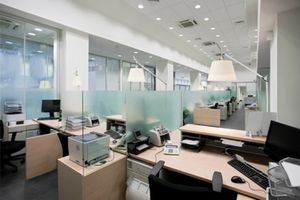 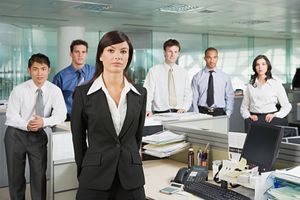