Ridiculously Efficient Fitness: Out of the Gym, Into the Mud

Last week's Ridiculously Efficient Fitness posts took you through my friend Deej's inspiring journey to health; this week, we're picking up where we left off in my own story.

By this point, I'd gotten into the habit of exercising for an hour or so just about every day. I was making slow but steady progress, and while I felt great and found it easy to stick to my workout, I wasn't what you'd call driven to push myself and find new ways to challenge my body week over week. And then I began doing obstacle races.

Let's back up a bit. Deej and I were on a hike, and she began telling me about the Tough Mudder she'd just done, and the Spartan Race she did the prior month, and the dozens of other mud runs and obstacle races she and her husband Luke have done over the past few years. She thought I'd love them and be great at them. It sounded fun enough, for her, but I found a variety of ways to pooh-pooh my potential participation.

"Too much running. I hate running," I complained. "It's not that bad! The running is almost nice, because it's a break between the obstacles," she cheerily responded. "A 5K? I don't even think I can run a 1K," I countered. "I bet you'd be surprised. Plus, the next race is in six weeks, so you'll have time to gear up for it." "But my birthday's next month. It'll break up my training," I protested. "You can take as many days off as you need. You'll be fine!"

Eventually, I sucked it up and signed up for the Warrior Dash on March 31. Something about that registration fee lit a fire in me, as silly as that sounds: now I had to train, not just exercise.

I thought back to the summer after my senior year of high school, training seemingly nonstop to arrive at my first practice as a softball player at the University of Pennsylvania in the best shape possible. I knew I would have to do that again, and immediately. I wrote myself a prescription for two-a-days: lifting in the morning, then cardio in the afternoon.

Despite being 10 years older and 20 pounds heavier than I was that summer after high school, I didn't feel as intimidated as I did at 18. I felt anxious yet optimistic, like I was given a second chance at reaching my athletic potential.

"This is a reward, not a punishment -- you are getting stronger and faster," I thought as I cycled through burpees, diamond jumps, mountain climbers and jump squats. My high school coach used to repeat the same refrain during our conditioning workouts, although it fell on 12 sets of deaf ears at the time.

On race day, I was as ready as I could have been at the time. Thankfully, because I locked myself into covering the race for CalorieLab, I have a full recap of my experience -- read that here.

After that race, Deej asked if I wanted to do another one in two weeks. "Yup," I responded, heading straight to the Gladiator Rock'N Run website. "I just registered." (Here's my recap of that race.) I was officially hooked.

We cranked things up even further by committing to at least one mud run or obstacle race a month for the next year. I volunteered to review each one for CalorieLab as an added accountability measure.

This annual challenge had several benefits beyond the obvious monthly physical challenge. For starters, my training became not just for everyday fitness or weight loss, but to prepare for a specific event. And, since these races cost money, I had an additional dog in the fight: I couldn't waste my registration fees by showing up to a race ill-prepared. Let's also not forget the social pressure that comes with discussing such a challenge and documenting it online for all to see.

You may wish to take a less-extreme approach, but in my all-or-nothing world, it was just what the doctor ordered. In tomorrow's post, I'll discuss gamification as it pertains to fitness and offer some compelling ways for you to gamify your workouts.

Note: This is the latest installment of an ongoing series. Peruse the ever-growing archive here. 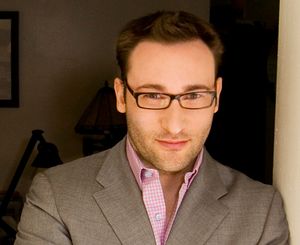