Smokers Account for Losses in Productivity and the Bottom Line, Says Study

Employees who smoke are are causing a bit of damage to the companies they work for. A new study from the Conference Board of Canada by the Canadian Alliance for Sustainable Health Care (CASHC) found that smoking leads to a decrease in productivity and an increase in absenteeism, leading to thousands in lost earnings.

Researchers found that there was an average yearly loss of $4,256 per daily smoker in Canada in 2012. The number has increased significantly since 2005, when it was calculated at $3,396.

"The research is mostly health-focused, but we also looked at productivity losses, because we were trying to argue that it is in the best interests of the employers to actually do something about this," said Fares Bounajm, co-author of the study and an economist with CASHC. "They do actually have a lot to benefit from this. But the major goal is obviously to reduce smoking."

The study was able to put dollar values on losses by placing costs associated to smoking employees into four different categories. Productivity losses were calculated at an average of $3.842 per daily smoker, mostly due to smoking breaks. They also found that smokers take about 2.5 more sick days every year.

"In a typical Canadian firm with 100 employees, 14 daily smokers and 15 former daily smokers who recently quit, this represents an annual productivity loss of nearly $60,000," the study reads. "The figure can be significantly higher in industries where smoking rates are typically well above average."

Bounajm suggests that companies encourage their employees to quit smoking with the implementation of workplace smoking-cessation programs.

“Smokers do cost their employers money, and we know that a lot of the employees would like to quit,” he said. “This could be a win-win situation for both the employers and many of the smokers that do want to quit, because the employers can implement a workplace cessation program, and by doing so, they can get a good return on their investment, because they can lower their productivity losses due to smoking. At the same time, the employees benefit because they become healthier and they achieve their goal of quitting smoking.”

He suggested adding cessation aids to company benefit plans can to further reduce productivity losses. This can include counseling with specialists or even the coverage of nicotine patches and gum.

Do you think smoking gets in the way of productivity? 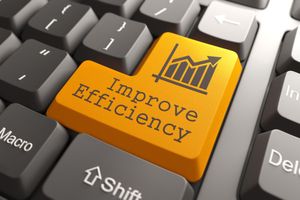 
Pump Up Productivity With Templates


Simple Exercises to Help You Overcome That Afternoon Slump 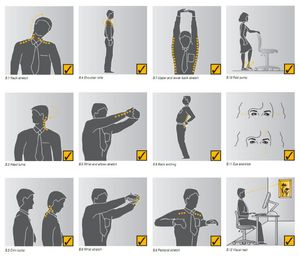