5 Unproductive Relationships to 86 From Your Life

Rebels aren't afraid to make tough choices when our effectiveness is on the line. This post is about the top unproductive relationships you don't need or deserve.

I chose the term "86" for this title intentionally. While Wikipedia can't decide whether its origins are in electrical engineering, the military or restaurants, I first learned it while working in restaurants.

When something is 86'd from the menu, it's as if it disappeared off the face of the planet. It ceases to exist.

I challenge you to think that way about the following types of people, because your success hinges on how much time you squander tolerating these personality types.

Some people call these folks "energy vampires," and it's for good reason: they will suck you dry.

I also like the description Remus Lupin gives of the Dementors in the Harry Potter series.

Dementors are among the foulest creatures that walk this earth. They infest the darkest, filthiest places, they glory in decay and despair, they drain peace, hope, and happiness out of the air around them... Get too near a Dementor and every good feeling, every happy memory will be sucked out of you. If it can, the Dementor will feed on you long enough to reduce you to something like itself... soulless and evil. You will be left with nothing but the worst experiences of your life.

You'll know when you're around an energy-drainer because you'll feel exhausted afterwards, sapped of creativity and spark. A true energy vampire can even alter the tone of a group's dynamic, creating silence where there was joviality and laughter.

These people don't bring anything to the party except for their own drama and noise.

Cut them out and surround yourself with energy-givers, who inspire and energize you, as you energize and inspire them.

In an ideal situation, everyone around you inspires you to level up your game in some way.

And this goes beyond just career or success metrics. Challenge yourself to surround yourself with people you admire, who are killing the game in key areas of life.

Think of it like a league of superheroes, where everyone has his or her unique competency.

Mediocre people can't hang with Wonder Woman or Batman or Superman. That's just not how the universe works.

It isn't about being cliquey, it's about creating a support network of experts and achievers. When you do, you create a safe haven for achievement in which everyone continually strives for excellence, and is willing to help shorten the learning curve for fellow high achievers.

What does this look like? If I'm awesome at optimizing my physical environment, but I want to know how to improve, say, my fitness, I'm going to spend time with an elite athlete or performer. I know I'll learn more applicable best practices than I might from someone who takes a lackadaisical approach to working out, or someone who hasn't had to develop peak-level fitness.

Another way to think of it: If you are the average of the top five people you spend time with, the easiest and most time-sensitive way to level yourself up is to level up the people on that "Top Five" list.

Do you generally think that the world is getting better or worse?

I'll be the first one to complain that "things aren't made the way they used to be," but this world of complaining and scarcity is one that I occasionally visit, not live in.

Negative people don't see things that way. Negative people see the world through a lens of scarcity. They see success as a zero-sum gain -- for you to win, someone else must lose.

And boy, I know I can always count on them to barrage me with the latest fearmongering news headlines.

Over time, they become the biggest detractors of success. Every new idea you have will be subject to an onslaught of all the reasons it won't or can't work.

Instead, surround yourself with people who believe the world is getting better, and that we each have the ability to help the world become a better place.

Better yet, introduce the scarcity-minded people to the Dementors and let them circlejerk themselves into irrelevance.

You know the habits you must maintain to keep your mind, body and spirit constantly refreshed and creative.

Toxic people remove you from those healthy habits and enable you in all the wrong ways. They make the wrong choices easy, and are ready with excuses and justifications to combat your initial defenses.

Unambitious people are Kryptonite for high achievers. And I don't mean just in the professional sense. They will bring you down in ways you can't even see until you start listening.

The true definition of ambition is "a strong desire to do or achieve something, typically requiring determination and hard work." By definition, unambitious people lack the desire for hard work or something that requires determination.

It starts with vision.

"I could never cook that from scratch."

"That would take me forever."

It continues into conflict resolution.

Ambitious people see problems as temporary obstacles, as riddles they've yet to solve.

Unambitious people lack the energy to accept agency in their lives and tackle problems head-on. So you'll see them externalize, excuse and dismiss behavior (their own or others') in unusual ways:

"I got a poor grade because the teacher doesn't like me."

"I don't get along with men/women."

I don't mean to take a cavalier attitude toward complicated relationships. Some of the people above might be in your family, your circle of friends, your coworkers, and perhaps even your significant other.

You can't change others, but you can change who you interact with and how you interact with them. By making different choices, and spending the bulk of your time with people who are the opposite of those on the above list, you'll have more energy and resourcefulness to expend on "everyone else." 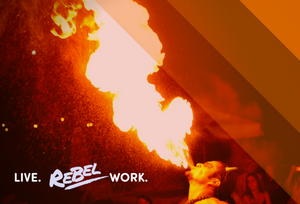 
5 Strategies to Continuously Improve Any Skill 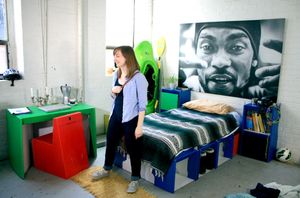