A Little Office Gossip Isn't Such a Bad Thing

Office gossip has always been looked down upon, but the workforce might have a place for it after all. New research has found that gossiping actually makes us better people. Who knew!

The research, which was conducted by Stanford University, found that shaming others with judgemental comments actually helps to police us in social situations by restraining some of our less-than-attractive impulses and making us more cooperative and decent human beings.

The study involved 216 participants who played a standard game used in research about financial decisions. If everyone is willing to collaborate, profits are maximized. However, the nature of the game makes it tempting for individual participants to contribute nothing. In between rounds, participants were allowed to gossip about how others were playing the game.

As participants were able to gossip about players who were selfish, it pushed the entire group into playing more cooperatively. Those that were already more helpful in the game, began to act more honorably despite their fear of being exploited.

"Groups that allow their members to gossip sustain cooperation and deter selfishness better than those that don't. And groups do even better if they can gossip and ostracize untrustworthy members," said Matthew Feinberg, co-author of the study. "While both of these behaviors can be misused, our findings suggest that they also serve very important functions for groups and society."

Robb Willer, sociology professor and fellow co-author of the study added: "Despite negative connotations, the pairing of the capacity to gossip and to ostracize undesirable individuals from groups has a strong positive effect on cooperation levels in groups."

Basically, hovering around the metaphorical water-cooler to talk about another co-worker isn't such a bad thing. Sure, talking about people behind their backs isn't very nice, but it somehow pushes away our impulses to behave badly in other circumstances. Furthermore, it leads to better collaboration with our coworkers, which in turn leads to high levels of productivity in the office. So, gossip away!

Just remember to keep the gossip about genuine bad behaviour and stay away from the middle school rumor-mill. 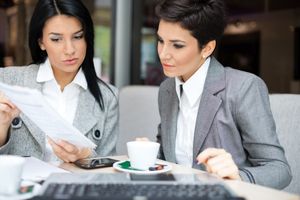 
Accountability: The Motivation You Need


Lunch Breaks are on a Downward Decline, According to Survey 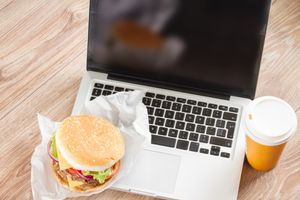