In a professional setting, experts often caution women against using the phrase “I think,” as this language weakens the impact of your statement. April Wensel, the founder of software development company Compassionate Coding, has a different perspective on so-called “weak” language.

I can't tell you how many times I've heard male engineers (and women who follow the aforementioned problematic advice) say, "That won't work" or "That won't break," and sure enough…

Honest, accurate communication is not weak; it's more effective!February 16, 2018

While I don’t disagree with Wensel’s sentiments, there’s a better way to avoid weak language and hedge against potential inaccuracies in the future.

Wearing my editor hat, I’ve been trained to remove filler language like "I think" at the start of a sentence because, if it’s dialogue, it’s assumed you’re about to share what you think. When that’s the case, you might as well start with your thought rather than with a disclaimer.

In essence: Keep it short, simple and supercharged.

But there’s an even better way to avoid making definitive, this-is-the-truth statements.

Remember the scientific method? You craft a hypothesis, gather data and test your assumptions, and then revise or confirm your hypothesis according to the results.

And since it’s a hypothesis, not an undisputed fact, you reserve the right to change your hypothesis later, once you have more information.

With this language tweak, you can make a strong statement of opinion without a long-term commitment.

Try this the next time you want to say, “I think,” and take note of how people react. Tell us how it works for you in the comments below! 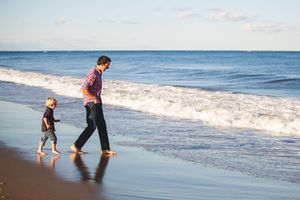 
Your Stress is Hurting the Kids You Don't Have Yet 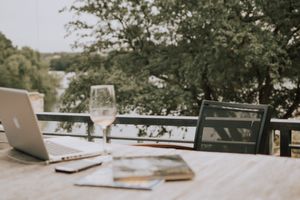