Filmmaker Shane Salerno is famous for working on multiple projects at the same time. With his recent Salinger project, Salerno created a TV series of Salinger, a theatrical documentary of Salinger, and released a book to accompany the two digital versions. The idea of working on three major projects like this absolutely blows me out of the water, but for Salerno, it's exhilarating and necessary for him to not feel bored. Salerno recently shared three tips concerning productivity in the workplace.

Embrace Multi-Projecting Rather than seeing multi-tasking as a tiring, difficult task, try to embrace it. Salerno says that having multiple projects going on at one time allows him to feed his brain different information, which in turn forces it to expand. Even if you don't see it this way, realize that multitasking is a great way to mediate between tasks so that you don't overwork yourself on just one thing. In this essence, multitasking is a good way to keep things interesting!

Manage Your To-Do Lists Salerno uses to-do lists to manage his time and schedule. Based on importance, Salerno attends to the tasks on his to-do list because he says that looking at his schedule can cause him to become overwhelmed and mentally shut down. For your workday, try making a to-do list at the beginning of the day. Label each tasks with difficulty and time requirement so that you can mentally map out how your day will proceed.

Music Makes it Happen Salerno listens to different music for different tasks. For Salinger, WWII era music was the go-to. That wasn't the case for Avatar, though. Music can help our minds compartmentalize different tasks, and in certain cases, can improve our brain's functionality. If music traditionally hasn't been your thing at work, maybe give it another shot. If you already work to music, try designating certain sounds for certain tasks. This can help your brain recognize the task at hand and react accordingly.

When it comes to productivity, Salerno is at the top of his game. Try using some of his tips to maximize your efficiency in the work place! 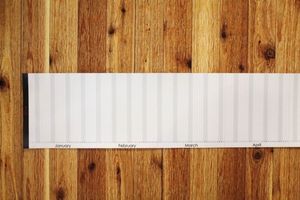 
The Linear Calendar is Perfect for Entrepreneurs


Is Email an Outdated Form of Technology? 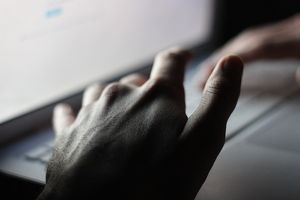