I can count on one hand the times I’ve been late to softball practice, work shifts, or meetings due to sleeping through my alarm. Three painful memories have scarred me into always being early.

When I was 14, I arrived late to practice -- partially due to Los Angeles traffic, but mostly due to me not getting out of bed on time -- and ran foul poles for two hours in the Simi Valley July heat. That was the last time I was late to the thousands of team practices, games, training sessions or tournaments I had over the next eight years.

When I was in high school, I got a late morning start and, rather than walk in halfway through first period, I skipped it. My head softball coach, who was also the athletic director and vice principal of my high school, found out immediately and called me out over the school intercom in second period. I was mortified, and that was the last time I was late to school.

In 2012, in my early days working with Peter, I misinterpreted a scheduled meeting with him as a phone call versus a face-to-face meeting. At the time, I was living in San Diego, and discovered the error and got on the road far too late to make it on time. Again, I was so embarrassed by the logistical hassle and conflict this introduced that I began waking up between 5 am and 6 am every day, by default, so that I’d never be caught off-guard again.

We’re wired to seek pleasure and avoid pain, but many of us don’t feel sufficient pain in our morning schedules to hardware a habit of waking up early. If you’ve ever had trouble getting out of bed when your alarm goes off, try one or more of the following real-life strategies I rely on.

1. Commit to waking up at the first alarm.

Most people who sleep through their alarms, or set multiple alarms, have no actual intention of getting out of bed when the first alarm goes off.

Sure, their mouths say they want to wake up at 6 am, and their hands have even taken the advanced action to program an early alarm, but deep inside, they don’t think it’s possible.

If you commit to waking up at a specific time -- truly commit, and perhaps even assign some importance and urgency to the commitment -- your behavior will change.

When I know I’m going to wake up at 5 am the next day, I try to minimize the pain associated with that activity -- in my case, waking up and still feeling tired. So I’ll head to bed early, wind down earlier than usual, and eat dinner earlier.

2. Physically roll out of bed.

On the days where waking up feels like a hassle, I lay on my back, pull my knees into a tabletop position, and roll out of bed so my feet land on the ground. Then I get up, and walk out of the room and begin my morning routine. No turning back.

It sounds insanely simple, but my feet and legs always catch me. And once I’m actually out of bed, I’m generally resolved to the fact I need to wake up.

3. Do exciting things when you first wake up.

Do you have a compelling reason to wake up early? Many don’t.

I love the ritual of making Bulletproof coffee for myself and my husband Mike. The day hasn’t really begun until we’ve had our coffee meeting together.

Mike wakes up for Bulletproof coffee too, but also to drive a few laps in his virtual reality racing rig. The smell and feel of his leather wheel and Alcantara seat are sensations he looks forward to each morning.

4. Eliminate the crutch of multiple alarms.

I swear by multiple alarms on important days -- game days, big meetings, travel days -- but the second alarm is to remind me when to leave. To date, the only times I’ve set multiple alarms to wake up are when illness or a bad hangover happen on a workday.

If you give yourself the latitude of waking up at 6 am or 6:15 or 6:30, why would you ever wake up at 6? You’ve already proven to yourself that it’s okay to get out of the bed at the second or third alarm.

5. Check devices once you’re out of bed.

I have battled a habit of reading on my phone in the morning, before I get out of bed, which often prolongs the time I’m in bed by at least 15 minutes.

By creating a new habit of only checking my devices or reading once I’m physically out of bed, I give myself something else to look forward to in the morning.

In some areas of my life, I practice a lot of discipline; in other areas, I’m much more relaxed and flexible.

How I start my day is one of those areas where I’ve committed to a specific standard. I know how good I feel when I wake up early -- how much I’m able to get done in the workday, how consistently I exercise, and how patient and resilient I am with myself and others.

For that reason, I’ve grown to love waking up early. If you’re committed, I know you can too. 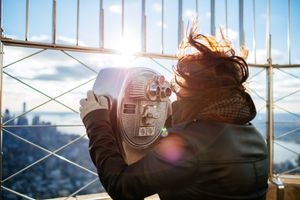 
Protecting Momentum When Your Routine Changes 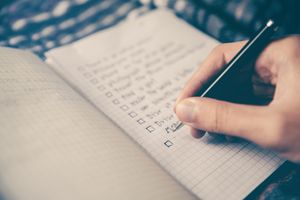