Quirky Productivity Secrets: Get Slapped in the Face Every Time You Visit Facebook

Social media can be a time-killer. Sometimes (or all the the time), we can't help but see who has updated their status, shard a news story or posted a new photo we would otherwise not care about. Taking a few minutes here and there to check your Facebook News Feed isn't such a bad thing, but when you're interest is bordering on addictive, it might be time to take drastic measures.

Maneesh Sethi of Hack the System hired a girl through Craigslist to slap him in the face every time he visited Facebook., Reddit or other websites not related to his work. He managed to increase his productivity by four times.

He used RescueTime, an app that tracks your online daily habits, and learned that he spent 29 hours on Reddit and Facebook in one week, an average of almost 6 hours a day. When he realized that he could be so much more productive, he posted an ad on Craigslist for a slapper (he's a fan of the Slap Bet) that would get paid $8 an hour. This person would work alongside him at his house or a coffee shop and would monitor his online activities. Any time he was caught doing something outside of work, he would get slapped.

However, it wasn't quite the slapping or the fear of getting slapped that led him to maximize his productivity. It was the social aspect -- having another person there to encourage him and brainstorm with him.

"The real reason why Kara [the hired slapper] made me more productive is because she added a social element to writing," Sethi wrote in a blog post. "When I was drafting the outline, I asked for her feedback. When I couldn’t think of the right way to phrase a sentence, she was there to help. Instead of it being a chore, Kara made it fun to write."

Furthermore, Kara became someone Sethi could bounce ideas off of and brainstorm with.

For Sethi, having someone he worked well with, could brainstorm with and would encourage him to complete the tasks he would normally procrastinate on led him to achieving higher levels of productivity than ever before. Basically, he found someone he clicked with, which is perhaps the most important aspect when building a team. 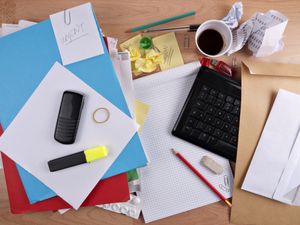 
Declutter Your Life to Maximize Productivity 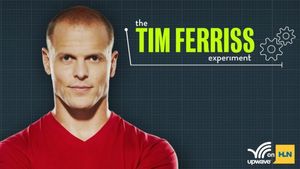