Idleness is something of a bad word in today's work culture (after all, aren't we all supposed to be deathly busy?) but I just coined a new term for my favorite perk of being Ridiculously Efficient: earned laziness.

Folks who work in the digital world typically refer to "earned media" as promotional activities that result in publicity but don't involve paid advertising. Think of a blog post that gets picked up by a local news outlet, or a podcast that's featured by a blogger with a multimillion-person reach.

In other words, a coordinated activity that generates exponential results.

Earned laziness is along the same vein: leisure time created solely through effectiveness.

Imagine being a runner. When you train to cut your 8-minute mile down to 6 minutes, you've freed up two minutes for yourself every time you perform at that pace.

And when you complete the same amount of work in two hours as you used to in six, you've earned those four hours of leisure time.

When we see examples of laziness, it’s overwhelmingly portrayed in a negative light.

He's so lazy that he can’t even get off the couch to answer the door.

She's too lazy to call her mother.

Most productivity experts will say “yes” here. But that paints the highest performers with too broad a brush. It ignores why some folks are productive in the first place. Miss this nuance, and you lose people like me.

What's the point of being productive if you can't choose how you spend the time you create by being effective?

This question is exactly what motivates me to remain ridiculously efficient. If I’m ever having an “off” day -- whether it’s due to brain fog, summer Fridays, a restless night or too much work -- I take 10 minutes and brainstorm a really aggressive, comprehensive to-do list for the day.

Then I give myself a challenge: Today’s free time begins when this list is complete.

Every time, something magical happens. The internal power plant fires up. My brain begins building connections at a faster pace. The world snaps into focus. I start to crank work out.

Item by item, the to-do list dwindles. Before I know it, nothing remains… and sometimes this happens after just a couple of hours.

So instead of battling through a lackluster day because of presenteeism -- the idea that we have to be present at our desks for a certain amount of time, regardless of effort or focus or results -- I create a day’s worth of results in a significantly shorter time frame.

And then I do what I want for the day: read, drive, explore, hike, exercise, sleep, cook, shop, connect with friends and family. In other words, I do anything besides work. And I love every minute of it.

Managers, What Message Are You Sending Your Team?

Here’s a real-life management scenario: If Anne gets the same results in 10 minutes as Catherine gets in an hour, but both of them have to sit at their desks the entire hour, how do you incentivize Anne to continue working faster and more effectively?

(Hint: It isn't by overloading Anne with more work… unless you don’t want Anne sticking around.)

Sure, working hard for the sake of it feels good.

But working hard and enjoying an extra hour or two of writing, reading, family time and sleep, knowing that you've earned it through hard work? Now that's ridiculously efficient.


Ed Sheeran's Social Media Hiatus Inspires Others to do the Same 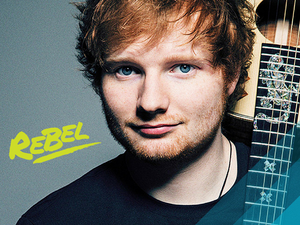