A new study from Spain suggests there is a correlation between fitness levels and cognitive performance. By examining Heart Rate Variability (HRV) and how it changes depending on the cognitive task, the study found that fitness levels have a major effect on sustained attention. “HRV is a simple and noninvasive measurement of interactions between the autonomic nervous system (ANS) and the cardiovascular system,” the study reads.

To get their findings, the study measured HRV in two groups of participants that were at different fitness levels, group one being high-fit and group two being low-fit. These participants were given three different cognitive tasks.

The one cognitive test the high-fit group performed better in overall was sustaining attention. The participants who maintained a physically fit lifestyle were better able to focus than participants in the low-fit group. In short, this means that exercise can help keep your mind clear and on tasks at hand, rather than swimming with distractions.

This is also not the first study of its kind to get similar findings. A study published in the Journal of Pediatrics found that children who got exercise had better grades. The study found that elementary and middle school-aged children who did not get enough exercise were more likely to grade poorly in math and reading.

So, if you’re struggling to focus your attention while at work, it might be time to add some aerobics into your life. You might find you’re more productive and get more tasks done in less hours. 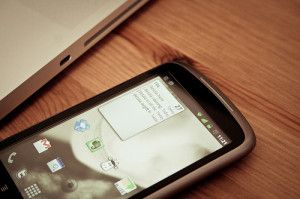