Last week, I introduced you to Lily, our Rhodesian Ridgeback puppy who has become my productivity muse. Raising her and maintaining my usual work effectiveness will be a delightful challenge -- and each week, I’ll report my top discoveries and lessons learned.

While my strategies may not be appropriate for your lifestyle or your pup, my intent remains the same: to continue experimenting with different approaches until I uncover the best one for our situation, and share it so that others in a similar situation can benefit from my R&D.

Here are the top takeaways from Week 2.

In Week 1, we discovered that Lily seems to naturally take to a routine, which works beautifully for me, as I thrive on creating systems and processes (my Kolbe A Index is 5-9-5-2).

Week 2’s challenge wasn’t Lily following our routines -- it was Mike and I following the routines we’d established in Week 1. The 1 Follow Thru in Mike’s Kolbe (4-1-9-6) signals that he’s hardwired to ignore or not see routines. And when fatigue sets in, anyone can lose discipline.

Lily’s bedtime routine is one area where we took one step forward after taking two steps backward. Diagnosing this one helped all of us.

The breakdown: Instead of putting Lily into her crate for the evening and heading to bed, on several nights, Mike fell asleep with her on the floor. If Lily woke up and Mike didn’t, sometimes she’d fall back asleep, and sometimes she’d wander around our living room and have an accident or get into something she shouldn’t.

The fix: Once we discovered this pattern, we tweaked Lily’s nighttime routine to start a little earlier, enabling us to wind down and put her in her crate before we felt like falling asleep.

The result: This routine adjustment was hugely successful. By the end of Week 2, Mike was sleeping in our bed and Lily was sleeping in her crate. No accidents, and for the past several nights, we’ve gotten a solid night of rest between 9:30 pm and 4:30 am. Not bad, considering Lily’s just nine weeks old.

Rhodesian Ridgebacks are an intelligent, independent-thinking breed. One of the biggest tips I found for keeping puppies mentally stimulated is to use puzzle toys.

Lily loves this wooden one, which I fill with kibble or treats. And she loves picking the little sharks out of this ship, although I’ve read that as she gets older and begins teething, I’m better off using this toy for short periods.

We noticed a lot less puppy play biting after introducing these two toys to our daily routine.

A third must-have to keep Lily’s chompers busy is this ice mold, which has a series of little nubs that transform into stalagmites when filled with liquid and frozen. We had a couple weeks of 100-plus-degree weather, and this mold was a savior! I fill it in the mornings with whatever we have on hand, and it’s typically ready for her to enjoy by afternoon.

Here are some of Lily’s favorite fillers so far:

1. Funnel frustration with an “empathy trigger.” Because Lily is the first puppy Mike has owned, and the first puppy we’ve had together, every day is filled with learning opportunities.

Instead of getting upset at Lily or ourselves when we inevitably make mistakes, we started immediately putting ourselves into gratitude.

Little reminders of the progress she’s already made, like, “She’s so well-behaved most of the time that it’s easy to forget that she’s still a baby,” or a reminder of her age, “She can already do so much for just nine weeks old,” remind us to have a little more patience and empathy when things don’t go as planned.

2. Actually measure your puppy. I’d meant to devote some of this week’s post to leash and harness walking, as they relate to our obedience training. Unfortunately, I bought a variety of ill-fitting harnesses on Amazon -- mistakes that could have been avoided had I simply measured Lily’s chest and neck properly. While we now have the right tools, it took a few days of trial and error to do so.

Stay tuned for Week 3, in which we tackle late-night crying and our early experiences leash walking. 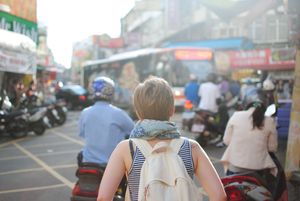 
The Best Jobs for People Who Love To Travel [Infographic]


Email Management Tips and Tools You Can't Live Without [Infographic] 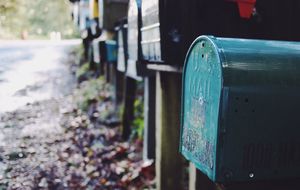