5 Things to Know About Working With Highly Sensitive People

Being sensitive tends to have negative connotations, especially in the workplace. This, however, is a huge misconception.

Elaine N. Aron, Ph.D. first researched the traits of high sensitive people back in the early '90s, finding that as many as one in five people can identify with being highly sensitive. Traits include reflecting on things more than others, worrying about how others feel and preferring quieter environments. Aron authored The Highly Sensitive Person and has even developed a self-test (which you can download here) to determine if you are a highly sensitive person.

Aron and Ted Zeff, Ph.D., author of The Highly Sensitive Person's Survival Guide, recently provided The Huffington Post with a list of habits of highly sensitive people. Below are the habits that relate to work life and productivity.

Those who are highly sensitive are more aware of subtle details, says Aron, so it takes them longer to weigh all the possible outcomes. Aron suggests that highly sensitive people take a minute to pretend that they have made up their mind to examine how they would feel with that outcome. The exception to this rule is that once a highly sensitive person has determined which decision is "right" and which is "wrong," they will quickly make that "right" decision again in similar situations.

However, if they make the wrong decision, they will be much more upset about it. "That emotion is amplified because the emotional reactivity is higher," Aron said.

They will be able to pick up on the small details that most won't notice. For example, they'll see that someone is wearing different shoes, a new detail in the room, or an error in the department's latest report that no one else caught.

Because they are such deep thinkers, highly sensitive people tend to become valuable team members. However, Aron notes that they are best suited in roles that don't require them to make the final decision. Instead, they can weigh the pros and cons of each situation and better allow for someone else to make that final call.

Some will avoid situations in which they would receive criticism altogether. When giving highly sensitive people criticism in a work setting, take into account that they are going to take it pretty hard. Ensure to give praise when appropriate and ensure that criticism is given privately, while outlining how they can make improvements.

While they do work well in teams, high sensitive people prefer to complete work by themselves. Many will even choose jobs in which they can work from home or will become self-employed. They do not work well in open office environments, which makes access to private offices or cubicles that much more important. 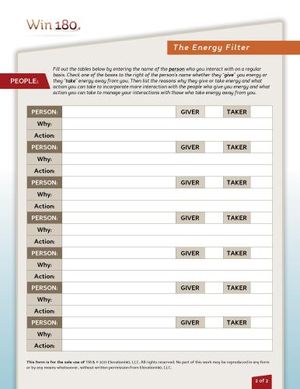 
Are You Surrounded by Energy Givers or Takers? Find Out With This Filter 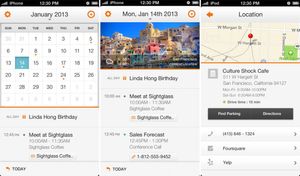