Improve Productivity by Monotasking Instead of Multitasking

This is a guest post by Nathan H. Rubin, the Head of People Operations and Lead Content Creator at Super.cc.

Are you constantly checking emails, text messages, GChats, or subconsciously seeking out ever-present distractions? Being consumers in the age of technology, we're bombarded with various ways that we can improve our efficiency through the use of devices, apps, and life-hacks.

However, recent studies have shown that in order to perform at a high level, humans should only focus on one single task at a time. So, where did the idea of multitasking come from, and why does it seem that some people flaunt their multi-tasking as a badge of honor?

Multitasking took the world by storm during the tech-boom. Resumes from top-candidates boasted about their multitasking habits and their ability to juggle a thousand projects. Self-help books on multitasking best practices were making a killing. It was the norm to embrace this idea.

Yet, experts in the field of neuroscience and psychology have found that multitasking actually hinders the brain’s ability to focus and it takes upwards of 30 minutes to return to work on a project following an interruption.

In one recent study, Russell Poldrack, a professor at UCLA performing research investigating the act of multitasking, found that “multitasking adversely affects how you learn. Even if you learn while multitasking, that learning is less flexible and more specialized, so you cannot retrieve the information as easily.”

Shortly after his study was published, Poldrack was featured on NPR and he was asked about society constantly changing and becoming more and more reliant upon various devices. His comments were alarming, to say the least.

Poldrack argued, “We have to be aware that there is a cost to the way that our society is changing, that humans are not built to work this way. We’re really built to focus. And when we force ourselves to multitask, we’re driving ourselves to be less efficient in the long run even though it sometimes feels like we’re being more efficient.”

So what does this mean for us? In simple terms, this means that we can improve our efficiency and our focus if we limit ourselves to concentrating on one thing at a time.

Being “in the zone," or experiencing flow occurs when focusing intently on one action and only one action. And just think how productive we would all be if we were able to stay “in the zone” for each task we had to accomplish.

Nathan H. Rubin is the Head of People Operations and Lead Content Creator at Super.cc and currently resides in New York City. You can find him blogging at the Super.cc Blog or on Twitter where he tweets about personal development, productivity, Life-Hacks, and technology. 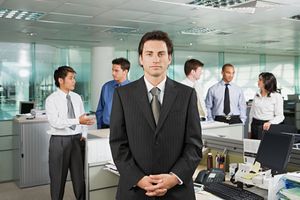 
4 Ways to Engage Your Employees


Your Smartphone is Killing Your Productivity 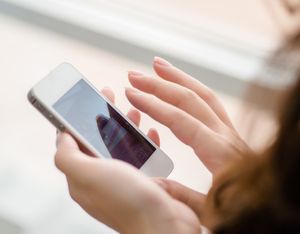