Millennial Monday: Where Are the Jobs?

In today's edition of Millennial Monday, I'm sharing my take on stats and stories tackling a core question: Where are the jobs? (Click here to skip to the TL;DR)

Here's the good news: millennials are on track to be the most educated generation ever. All the cajoling from our parents and grandparents on the importance of an education has paid off!

Today's young adults are on track to becoming the most educated generation to date, according to new data from the Pew Research Center. More Millennial women, in particular, are securing their diplomas than their older sisters, mothers and grandmothers. Via money.cnn.com

But, as you might imagine, there's a downside. Despite our awesome education, millennials aren't getting jobs.

Want some more bad news? Most millennials with jobs aren't earning what they used to.

But even with more education, working 18-to-34 year old adults are earning less than they did 15 years ago. Since 2000, real wages for people in that age group have fallen by a full 10 percent, according to Census data. Lower pay is not just a by-product of the most recent economic downturn. As corporate profits and productivity have increased in recent decades, wages for most workers have not kept pace. That means a shift in what kind of life workers can afford. Via nbcnews.com

That said, some of us are doing just fine.

Despite unemployment rates and the stereotype that millennials are all unemployed and living in their parents basement, many young adults today are defined as affluent, meaning they are living in households with annual incomes that exceed $100,000. In fact, there are 15.5 million affluent millennials in the United States. Read the full post at Forbes.com...

1. Millennials are the best-educated generation ever.

For whatever that's worth.

2. More Gen X-ers than millennials are employed, and millennial women have a slight employment edge over men.

3. Some millennials have found ways to make a solid living, but those working "regular jobs" aren't paid as well as in the past.

See my Final Thoughts below for more on this point.

If you're one of those not finding a job, pave a new path. It's not going to be easy, but it is that simple.

If you can't make the money you want to make in your current industry with your current skill set, invest in new ones. Look elsewhere. Don't complain, evolve.

Jobs are going to continue disappearing, whether due to the changing nature of employment, the rise of robots and artificial intelligence, or collapsing economies. So we can't count on what used to work, because the world 50 years ago was nothing like the world today.

It's no longer about your history -- what you've done in the past. It's about your future -- the results you can provide and the skill sets you can continue to evolve.


Why RuPaul is One of My Productivity Heroes


Uber CFO Steps Down to Spend Time With Family 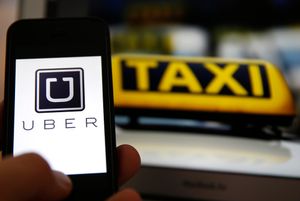