Bruce Lee was more than just a martial artist and action film star. He was also a director, screenwriter, instructor and philosopher. Even though he died at the young age of 32, he accomplished more than most do in a lifetime. And the only way he could do it all was by being super productive.

Get Rid of the Unessential

Lee talked often about efficiency and the idea if simplicity being the best way of life. In martial arts, efficiency is important in reaching a target with the most amount of force as quickly as possible, and without much effort. When it comes to productivity, this idea can be used to make every process as simple as possible. Get rid of any extra steps, clutter and anything else that takes away from what is essential.

Be Aware of Those Around You

In martial arts, it's vital to know what people are doing around you. Lee took this idea and used it in other aspects of his life, saying it can help you be more aware of yourself.

"Awareness is without choice, without demand, without anxiety; in that state of mind, there is perception. To know oneself is to study oneself in action with another person," he said.

This comes down to how you communicate with different people in different situations. Pay attention to your interactions and your relationships.

Balance Your Time Between Thinking and Doing

"When our mind is tranquil, there will be an occasional pause to its feverish activities, there will be a let-go, and it is only then in the interval between two thoughts that a flash of UNDERSTANDING — understanding, which is not thought — can take place... Balance your thoughts with action. If you spend too much time thinking about a thing, you'll never get it done," Lee said.

Go With the Flow

In order to be truly efficient, we need to be able to adapt to different people and situations. Lee said we should be fluid so that we are able to function in whatever situation is thrown our way.

Stay flexible, roll with the punches and try to view situations from all points of view. 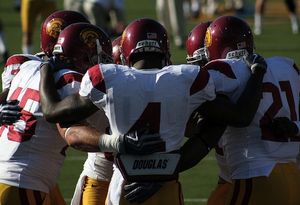 
3 Easy Ways to Motivate Your Team