Most of us have felt the afternoon sleepies at work and always wished we could sneak in a nap. The city government of Seoul, South Korea will allow workers to take an afternoon nap in the hopes of boosting productivity during hot summer months.

Starting August 1st, employees of Seoul Metropolitan Government (SMG) will be given the option to sleep for an hour between 1pm and 6pm, as long as the time is made up for by arriving to work an hour early or staying an hour later.

"Employees can use lounges, conference rooms and other places to rest," a spokesman for City Hall told the Korea Times. "The city government will spend more money next year to create more rest areas for employees."

SMG employees are required to work from 9am to 6pm, and many already use their lunch breaks to sleep. So it is unclear how successful this program will be, since workers will have to make up for the lost hour. However, an hour might just be too long for a productive nap. Research has shown that 10 minutes is the perfect amount of time to recharge for a power nap, so SMG's efforts may not actually be an effective way to boost productivity. 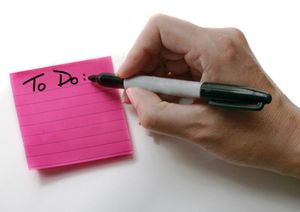 
Finally Complete That One Dreaded To-Do


The Ugly Truth About Meetings [Infographic]