We recently posted about Whole Foods' open policy which allows any employee to view the salary of any other employee. It seems Whole Foods has the right idea because a recent study found that salary transparency actually boosts productivity.

Elena Belogolovsky, an assistant professor at Cornell, and Peter Bamberger, a professor at Tel Aviv University, conducted research to see how the lack of transparency impacts a wage-earner's performance. What they found is that when the link between performance and compensation isn't clear, they are less willing to apply themselves.

The study included 144 undergraduate students in Israel. Each participant was started on a base salary for playing a computer matching game. Half of the participants were told that good performance would be rewarded with a bonus, and they were shown the bonus pay of fellow participants. The other half were only able to see their own bonus pay and were told not to discuss this pay with others.

"When people are in an environment where they have to guess what others make, those individuals who are less inequity tolerant not only think that they deserve to make more money, but they are less motivated to work hard," Belogolovsky and Bamberger said.

Many companies still work under the impression that salaries should not be shared among employees. However, changes in the modern-day workforce are changing these standards.

"Many up-and-coming Generation Y employees have grown up in the public world of social media and have no issues sharing information with one another that used to be seen as private--such as pay," Belogolovsky and Bamberger wrote.

The researchers suggest it's best to keep salaries transparent companywide, while also making it clear how individual salaries are calculated.

"It doesn't matter what you think," the researchers wrote. "If your employees don't perceive it as fair, you're in trouble." 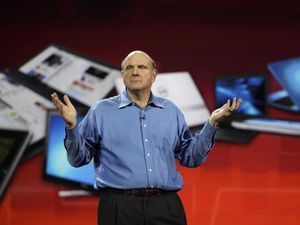