It's official, coworking is good for you productivity. A study from the University of Michigan found that coworking helps freelancers, who are often isolated, become more productive.

Freelancers and those who work from home have the flexibility and freedom to work how and when they want, but they miss out on the collaboration and camaraderie that comes with having colleagues. That's why coworking spaces are so ideal -- they offer a place were freelancers and telecommuters can work, collaborate with each other, and share ideas.

The lack of collaboration is one reason why CEO of Yahoo! Marissa Mayer banned telecommuting.

“If you give people freedom but not a mechanism to interact with each other, they’ll just be in their own little world doing their own task,” said Gretchen Spreitzer, co-author of the study. “So Marissa Mayer was right, in a sense. Without interaction, you’re going to have lower productivity and less collaboration. But I think there’s a happy medium. There are solutions that don’t require everyone to be in the office all the time.”

According to the researchers, coworking is an indication of what the next generation of employees will expect from a work environment.

“As social groups like clubs and bowling leagues lose members, work organizations really become the main area of life where people feel a part of something,” said Lyndon Garrett, who was also involved in the study. “But companies aren’t used to filling that need. There’s rigid hierarchy, competition and politics. Co-working shows how you can create a sense of community and productivity.”


A Balanced Life is a Good Life 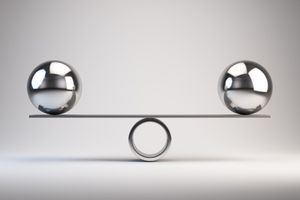