For one week in September, Team Ridiculously Efficient went on a partial digital detox. Every night at 8pm local time, we set out on a mission to put our phones away, stay away from social media and stop checking emails.

I found this experiment incredibly challenging -- much more challenging than I had originally anticipated, which makes me realize just how addicted to my phone I really am. Throughout the week, I rarely made it through the night without checking my notifications at least once (I think there was only one or two successful nights). However, I did learn a lot about my own habits and how disconnecting is actually a refreshing practice that I’d like to do much more of.

I grew up in a large family with people constantly around me. That meant constant noise, company and conversation. It was rare that I was alone. Now, I live alone and I substitute those familial sounds with the TV and my iPod. This week, I realized that I use my phone in the same way.

I check social media websites much more often than I should, especially in the evenings. But by making attempts to stay away from social media in the evenings, I found myself checking my Facebook news feed less during the day. Evenings without my phone created a habit in which I wasn’t constantly checking what my friends were up to or what news I might have missed in the last hour. Before this experiment, I realized I would type Facebook into my address bar without even consciously making a decision to do so. It became second nature to just go there when I was bored or needed a break. Now, that I’m aware of this bad habit, I’m able to make sure I don’t waste so much time in my day on social media websites.

Surprisingly, I didn’t find it has hard to be disconnected from my friends and family for a few hours each day. Even though I totally cheated and would check my phone, the messages I was receiving were never important, and never needed my immediate attention. All of them could wait until the next day, which meant I really could put my phone away for the night.

However, I found that staying away from my phone caused a bit of anxiety and paranoia. What if there was an emergency? What if my family couldn’t get hold of me? To be fair, most of this is caused by past experiences (traumatic ones), and I couldn’t help but wonder what kind of messages I would wake up to the next day. This is probably what made me want to check my notifications -- to ease my worries and give me some peace of mind.

As some of you probably know by now, I struggle with sleep. I’m a self-proclaimed insomniac and don’t have too many good nights of sleep in a row. During the week of our partial detox however, I found that I slept a bit better than I usually do. I was feeling sleepy earlier in the night (earlier for me, but still late for most), and most nights it didn’t take me as long to fall asleep.

Usually when I can’t sleep, I pick up my phone and watch videos on YouTube. It’s become an incredibly bad habit that I have yet to completely break (because I cheated and still did this during my detox when I couldn’t sleep... but only when I really couldn’t sleep). Most people turn to reading when they can’t sleep, but this tends to have the opposite effect on me. If a book is good and the story is intriguing enough (and most are to me), then I’ll read through the entire night without even realizing it. So, reading is not something I should do at night.

But this week, I learned that when I’m not constantly connected, my mind is slightly more at ease. And that means a better night’s rest for me.

I had hoped that being forced to step away from my phone at 8pm every night would force me into semi-normal working hours. That was not the case. I am a night owl and it seems nothing is going to change that.

What I did notice, though, was that I was able to work distraction-free without my phone and without having to check emails.

I actually felt quite restless without my phone in hand, so I had to keep myself busy in other ways. I wrote articles in the evenings, I worked on my personal website, and I even cleaned out my wardrobe. While most people use this time of day to unwind after the workday, this is the time of day that I have the most energy. I can be sleepy and tired all day, but as soon as late evening hits, I can’t sit still. It’s currently after midnight as I write this.

So, I’ve decided to embrace my night owl-ness and use it to my advantage. I want to spend more evenings without my smartphone and see just how much I can get done. 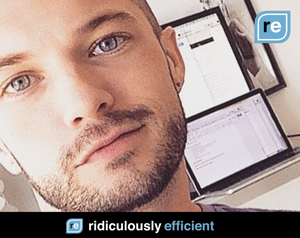 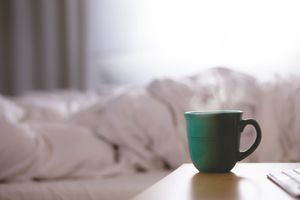