Why You're Procrastinating and How to Stop

You have been chalking up your bad habit of never finishing what you start to procrastination, but it goes a bit deeper than that. When you can't finish anything you start, it probably has something to do with your own fears. It's hard to get anything done these days, as we are constantly bombarded with interruptions in both the real-life and digital form. But, according to Gloria Mark, a professor of informatics at the University of California, we impose many of these interruptions on ourselves. So when we don't have a clear-cut deadline, it becomes even more difficult to complete a project.

According to Joseph Ferrari, author of Still Procrastinating: The No Regrets Guide to Getting It Done, almost a quarter of all adults are chronic procrastinators.

"For chronic procrastination, this is not an issue of time management. You can't manage time. You manage yourself," Ferrari said.

According to Ferrari, there are three reasons why people don't finish what they've started, which has a great deal to do with your fears.

First, Ferrari says, people are scared of failing to impress with the end result. People don't like being judged on their abilities or their efforts, so prolonging a project simply helps you avoid being criticized. On the flip side, people are also afraid of their successes. People don't want to set the bar too high on the first try, setting a standard for themselves that they might not be able to live up to. Lastly, some just don't want to stop all the fun. If you're working on a project that is especially fun, the idea of it ending leads to disappointment.

To get rid of these hesitations, Ferrari says you should stop thinking so much about the negatives. Too many people will think about all the ways they might fail instead of taking in the process. The negativity will get in the way of your productivity. Ferrari also suggests to stop using being a perfectionist as an excuse -- this can only go so far. People won't sympathize with you for wanting to get every detail exactly right, they'll only see that your project wasn't completed in a timely manner.

Lastly, Ferrari says too many of us get caught up in the big picture. The problem is procrastinators have a hard time breaking the bigger picture down into smaller tasks. Instead of analyzing it, just work on something right away. The rest will come together. 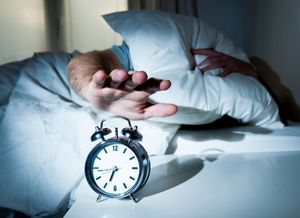 
Is Waking Up Early the Answer to Your Productivity Problems?


Bring a Stopwatch to Your Next Meeting