Study: Working Dads Would Quit Their Jobs If They Could

A new CareerBuilder study confirms what most of us already know: working dads spend far more time at work than they do with their children.

Work-life alignment is broken for men and women, and it's time to get fired up about it.

As a culture, why do we constantly place quality time with kids lower on the priority list than work?

Why is our "great work ethic" celebrated when we let an ineffective meeting go late, answer that after-hours email, or put in a summer Saturday at your desk instead of at the beach? [Tweet "25 percent of working dads spend less than an hour per day with their kids."] Shouldn't our metrics of success include family dinners enjoyed, games attended, and milestones celebrated as a family?

I got lucky on this one. When I was young, my mom had a 9-to-5 desk job with the City of Los Angeles, and my dad intentionally worked jobs with hours that would enable one of them to be with me at all times. They missed out on some income and career opportunities for this, no doubt, but we had so much time together. We cooked dinner together every night, then ate it at the table. Growing up, both of my parents were there for every awards ceremony, playoff game, and weekend tournament. And my dad didn't miss a single softball game from age 12 until I moved across the country for college.

When I was a kid, I wasn't mature enough to reflect on the gravity of this. But as an adult, I recognize how my parents' sacrifices and support shaped my self-confidence and well-being. And after my mom died, my dad expressed pride -- not regret -- about the choices they made in raising me.

Working dads, recognize that you won't get this time back with your kids. What are you doing now to make the most of it?

My dad and I were at Disneyland a few weeks ago, when this photo was taken. It's our monthly ritual: have brunch, walk around the parks, and just laugh all day long.

As we were walking from one ride to another, his pace slowed. He looked at me and said, softly, "It was just yesterday... you were small enough to hold in just one arm. Where has the time gone?" 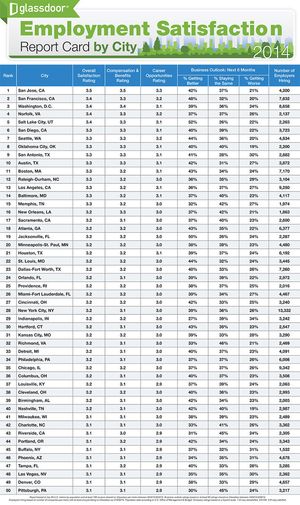 
The Top 50 Cities in America With the Happiest Employees


What Does it Mean to be the Best? 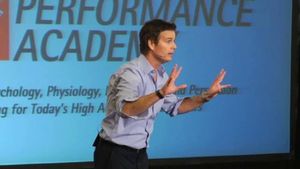