A long-standing issue seems to be the differences between men and women in the workplace. Everything from pay to stereotypes have been factors that have led to a lack of gender equality, which still exists even at high executive levels. A recent article on Success.com takes a look at a recent report titled "Why Meetings Matter Even More for Women."

The report is from researchers at Flynn Health Holt Leadership, who conducted a year-long study of female executives and reviewed thousands of other evaluations. They also surveyed females who worked at vice-president or higher levels, and interviewed both men and women from Fortune 500 comapnies. The goal was to gain a better understanding of how gender roles influence high-level meetings.

Some of the findings were pretty astounding, with interviewed executives talking about dominating and timid personalities in the conference room. The article even offered some advice for women on how to better communicate during meetings. Marissa Brassfield (founder and CEO, Ridiculously Efficient) and I broke down the article to offer our own insights on the topic of gender differences in the workplace. Check it out below.

But in years of discussions and coaching with high-level female executives, some of the challenges we consistently hear include:

“You have to shout to be heard in meetings.”

“I don’t like to repeat what’s already been said.”

“It’s hard to read the room if there are no other women around the table.”

Marissa: Oh boy. I see issues here not just with these female executives’ perception, but with business operations. As a start, meeting attendees should all be decision-makers and key stakeholders. This ensures that every attendee’s opinion carries serious weight.

And why do we need women around the table to read a room? If you’re unsure about a point someone’s making, ask him or her directly: “Dave, I just want to reflect on your last statement -- are you saying that we should bring on a new marketing team?” And if you want to achieve consensus on a decision before moving on, say so.

Rosemina: To me, this sounds like a lack of confidence. I don’t really understand why any of the those three statements would occur, unless the issues go far beyond gender differences and are more about the workplace itself and office culture.

Why is there so much yelling during meetings? This just seems unproductive, let alone that high-level executives are frustrated with the way meetings are being run. With the right structure, no one will have to yell and nothing will have to be repeated. As for that last statement, I don’t see why gender is even relevant here, which brings me back to the confidence thing. For the women being quoted, are male employees more intimidating? I really hope this isn’t the case, especially since these are clearly intelligent women who have made great careers for themselves.

[Tweet "Meeting attendees should all be decision-makers and key stakeholders."]

Women we interviewed feel that they can’t break into the conversation or feel they’ve been “put in their place” when a male colleague dismisses their opinion. Says one female vice president: “[Women] either don’t like the conflict or don’t know how to come back in a way that does not appear defensive. Some of it may be a lack of confidence.”

Rosemina: This reminds me of something I read in Mindy Kaling’s book, Is Everyone Hanging Out Without Me? She talks about being the only female writer on a popular television series (The Office), and how she really had to stand up for herself in the writer’s room to ensure her ideas were heard. Sometimes this meant getting into screaming matches with the other writers. She knew she was going into a male dominated arena, and she did what she had to to assert herself and gain respect as a talented writer.

While screaming matches might not be acceptable in all workplaces, women have to find a way to ensure they are respected and heard at their jobs. This will sometimes mean engaging in conflict or appearing defensive -- it comes down to standing up for yourself and what you believe in in order for you to be good at your job. The way that women do that is totally up to them, but the point is that it has to be done.

Marissa: Conflict is a necessary and essential part of life. Regardless of our gender, we need to get comfortable with having tough conversations, or else we’ll drive ourselves crazy. I don’t love conflict, but I get around it by disassociating my personal self-worth from work: nothing that happens at work can shake how I perceive myself and the value I bring to the world.

Men, for their part of the survey, see their female counterparts as lacking confidence or failing to articulate a strong point of view. Men interpreted women’s passion for a project as being “too emotional,” or cited women’s failure to back up that passion with concise, factual data.

“These are high-octane meetings that are filled with domineering personalities,” one male CEO admitted. “Women are often either quiet and tentative or they pipe up at the wrong moment, and it sounds more like noise to some of us.”

Rosemina: This last statement sounds like sheer disrespect to me. I understand that timing is important, but what this CEO is saying is that these “tentative” women are not offering ideas that are important enough for him to listen. I also love that a woman feeling passionate about her work equates to being “too emotional.” I can bet they wouldn’t feel that way about a man showing passion for the same things. Shouldn’t we all feel passionate about the projects we work on?

Maybe if women weren’t typecast as “too emotional” or “tentative” in the workplace, they would feel more confident during meetings.

I am curious about what generation those interviewed belong to, and how the answers might vary amongst millennials or even in startup culture. I’d like to think more workplaces have embraced 21st century gender equality and encourage office cultures in which both men and women can share their opinions and ideas confidently and openly, without the worry of such scrutiny... even when “domineering personalities” are involved.

Marissa: I’d also love to hear about the generations surveyed, but I sense this is a communication issue more than a gender issue. If we provide too much contextual information for the situation, people who prefer short-form, bulleted information will tune out or disregard what’s said. Direct communication -- which, by the way, doesn’t mean terse or rude or mean-spirited -- helps you get your point across efficiently.

1. Get in on the pre-meetings: Many ideas have already been vetted and decisions already made well before the actual meeting—in casual conversations passing in the hall, the elevator or walking to the train. Taking part in informal conversations before the meeting can help you understand more than what is reflected in the written agenda.

Marissa: If the decisions have been made before the meeting starts, why is the meeting happening? Sometimes a little “proactive management” is necessary to get the context you need -- I don’t mind this tip.

Rosemina: I agree that it is necessary to be part of the on-going conversation, whether in meetings or not. But, if the case is that a decision has been made beforehand, then meeting attendees should be notified and the agenda should be updated, if the meeting still needs to take place.

2. Say at least three things in the meeting: Start early. “Did you see the headline about…?” or “I went to a great restaurant last night…” This shows others you intend to speak and be a major player. Arrive early and get a good seat—claim your space.

Marissa: Talking just to talk -- especially if you have a mental “comment target” -- can sometimes do more harm than good by reinforcing lame stereotypes like the CEO’s sentiments up above. I don’t know about you, but I’d rather have people say of me, “She doesn’t always speak up, but when she does, it’s always relevant and useful.

Rosemina: Marissa, I totally agree with you. I don’t think it is entirely necessary to engage in this type of conversation before a meeting, especially since this really is likely to encourage these ridiculous stereotypes. I do, however, think that it’s important to have social interactions with colleagues -- but there’s always a time and place.

3. Raise your voice: Up the volume in an assertive and calm manner so your point of view is truly heard, rather than dismissed. Think of it as two clicks up on the TV remote.

Marissa: Yes. If you sound timid, people will perceive you as weak -- even if they shouldn’t. Practice careful diction, and instead of saying silence-fillers like “um” or “you know,” pause and take a breath.

Rosemina: I agree, you have to assert yourself to ensure your points are heard. However, it’s much too easy to cross the line into a place where you are typecast as being “too aggressive.” It sucks that women have to think about these things, but if this article is any indication, it seems as though the world hasn’t come as far as I thought.

How do gender roles affect how meetings are run are your job, if at all? Tell us in the comments below, or on Twitter @efficient!


The Ugly Truth About Meetings [Infographic] 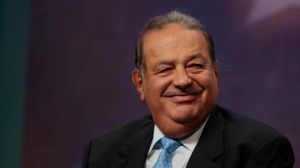