In this week's edition of Millennial Monday, I'm sharing my take on two recent articles regarding Gen Y wages.

[contextly_auto_sidebar id="0IteccOyb5vprV7DAD4lcNwgt2ore5IX"]A key reason I procrastinate is if I just don't like doing something (either the activity itself or the context around it), so it's telling that I put off writing this Millennial Monday post for an extra week.

I'm just not motivated by money. Of course, I want to make plenty of it -- I've got a house and lifestyle that I'd love to keep above water -- but it's not the driving factor that makes me push myself to excel.

It looks like I'm not alone. At Stanford, fresh grads are turning down six-figure salaries in favor of work that's more in tune with their sense of purpose.

Startups and tech companies will sometimes offer Stanford students as much as $500,000 in compensation right out of school.

But all the Stanford students we spoke with insisted that they would never take a job just because it pays more.

Instead of money, the article continues, grads are looking for significance -- impact, a mission, doing good in the world. They crave the opportunity to learn and grow, and the freedom to work on interesting projects where they can take initiative.

I agree with all these motivators, and I'd also posit that Strategic Coach founder Dan Sullivan sums it up succinctly with his four Entrepreneurial Freedoms of time, money, relationships and purpose.

We want to work on stuff that matters -- for the world, and for us personally. We don't want to be micromanaged. We want the authority to act without asking permission.

Let's juxtapose this with a new analysis of Gen Y wages by the Institute for Women's Policy Research, using government data. On average, we're not making as much as our parents did, especially millennial women who don't live in New York. Check out the state-by-state breakdown:

One of the charts reveals the average income of millennials (defined as those aged 16 to 34). "In 2013, the median annual earnings for millennial women working full-time, year-round were $30,000," states the report, "compared with $35,000 for their male counterparts." They earned less than millennial men in all but one state — New York. Between 2011 and 2013, young women in the Big Apple made $38,319, while men earned $37,542. The average salary of millennials - Business Insider 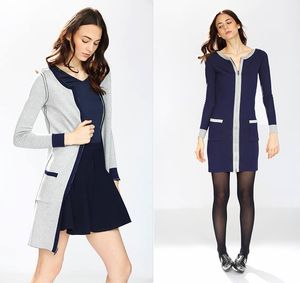