Kids Who Take the School Bus are Less Productive

If you took the bus to school as a kid, it might have hurt you more than you realized. A Danish study found that kids who walk or bike to school have better concentration in the classroom.

"As a third-grade pupil, if you exercise and bike to school, your ability to concentrate increases to the equivalent of someone half a year further in studies," said Niels Egelund, co-author of the study.

Researchers surveyed nearly 20,000 students between the ages of 5 and 19 years old. They were each asked about their exercise habits and were given a test to measure their concentration. Initially, the study was meant to measure if eating breakfast and lunch had an impact on concentration levels.

"Most people know the feeling of being refreshed after having exercised, but it is surprising that the effect lasts for so long," said Egelund.

While this study was conducted on school-aged kids, the lessons can be applied to anyone. Getting exercise, even just biking or walking to work, can keep your more focused throughout the day. If you need some help getting started, learn how you can boost productivity with exercise. 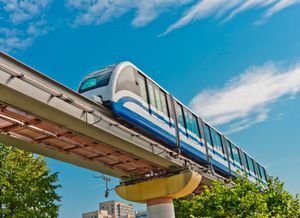