Koreans Have the Lowest Productivity in the OECD

Koreans are known for being especially dedicated to their jobs, putting in longer hours than most. However, Koreans have the lowest levels of productivity in the Organization for Economic Co-operation and Development (OECD). In an attempt to improve productivity, the government has launched a national campaign to change the face of the Korean workforce.

The problem, then, is the lack of a work-life balance. In a recent survey, it was found that 43% of Korean employees worked overtime every day for at least an hour. A quarter of these respondents said they did so because overtime is considered natural. Another quarter felt it helped their job performance.

Approximately 70% said they have experienced burnout, which leads to much lower levels of productivity since it decreases your ability to focus.

Instead, Korean employees should be working towards a more balanced life that includes both work and play. Giving yourself time to recharge is essential to your productivity, and your overall well-being. 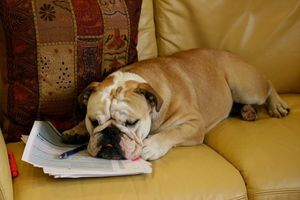 
Why Getting a Dog is Good for Your Productivity


Slave Owners vs. Modern Management: Can You Tell the Difference? [Infographic]