Why Getting a Dog is Good for Your Productivity

Getting a pet is time consuming. It's a responsibility many busy people avoid since it can take valuable time away from work. But, you might have it all wrong. Getting a dog could be the best thing for your productivity (and it'll make you pretty happy!).

When you pet a dog, your body releases a hormone called oxytocin, also known as the 'love hormone.' The hormone is your body's response to sensory stimulation and gets released into your circulatory system. Oxytocin is best known for being released during sex or breast feeding, but it can also be released through touch in trusting relationships, which includes your canine friend. Oxytocin is great because it reduces depression and anxiety and increases a positive self-perception. Basically, when you pet your dog, you are gaining confidence and reducing your stress levels.

A recent study from the Virginia Commonwealth University looked at the role of dogs in the office. They took their data from one company, who put employes into three groups: dog owners who brought pets to work, dog owners who left pets at home, and those who do not own dogs. They found that those who brought their dogs to work had the lowest levels of stress and higher levels of job satisfaction and productivity. They also had a more positive view of their employer.

Having your dog around at work can also increase collaboration. They can spark conversation between team members who normally wouldn't converse with each, which leads to heightened engagement. This also builds trust among employees, and leads to a sense of camaraderie.

Unfortunately, not everyone can just go out and get a dog on a whim. So, if you're not a dog owner and want to reap some of the productivity benefits, try looking at a few puppy pictures online. A Japanese study found looking at adorable pictures can boost your productivity. 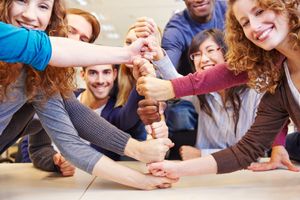 
Koreans Have the Lowest Productivity in the OECD 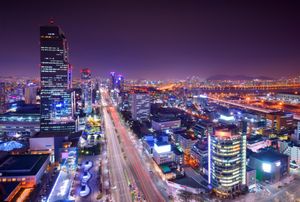