Productivity Secrets of Writing a Book in 6 Weeks

Nicholas Carlson recently published his first book, Marissa Mayer and the Fight to Save Yahoo!, a 93,ooo word book that he wrote in just six weeks. He shared with Business Insider some of the productivity tricks he used to meet the deadline. Below are the tips I found most useful.

Carlson would set a timer for an hour and spend the next hour writing (or simply staring at his computer screen). He would pause the timer if he needed a bathroom break or got up to get coffee. When the hour was over, he would go outside for a walk, leaving his smartphone behind. He would then come back and set the timer for another hour and continued this cycle until he reached three hours of work.

"Then I would take an hour-and-a-half lunch, during which I would walk to a restaurant, eat, and then walk to a park," he writes. "After lunch, I did three more cycles. I'm just guessing, but I think this pattern worked for me because an hour isn't a very long amount of time to work, and it always felt like a real break was just around the corner — and after that, lunch or the end of the day.

When Carlson would experience writer's block or come across a part of the book that was a bit tricky, he wouldn't force himself to continue writing anyway.

"When a screw is screwed in too tight, you can get it stuck forever if you strip it by turning too hard too suddenly," he explained. "Sometimes, when I was working, I would hit a tricky passage, get very anxious and want to force myself to START WRITING NOW. This never helped. So I imagined my brain was a screw that I didn't want to strip. I gave myself a break and allowed myself to just stare at the screen if that's all I was able to do at that moment. I did not allow myself to look at my phone, check email, or otherwise distract myself."

"My home office started to smell a little like Trident Layers. Whatever, they say chewing gum helps you take a test. I found it helped get my brain moving when writing." 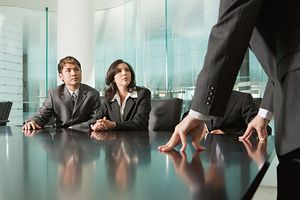 
Workers Would Rather Watch Paint Dry Than Go to Meetings


This App Tracks Your Happiness While You Work 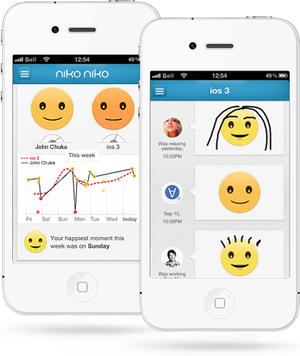