Some Men are Faking Their 80-Hour Workweeks, And They Have a Good Reason

We live in a culture of workaholism. Particularly in North America, it's become cool to brag about the amount of hours you work, and for entrepreneurs to proudly claim they haven't had a vacation in more than five years. Perhaps this culture is turning a whole lot of us into big liars, but we are lying out of necessity.

A recent study conducted by Erin Reid, a professor at Boston University's Questrom School of Business, found that a lot of those people that claim to work 80-90 hour workweeks were lying. This was especially true for male employees.

Reid interviewed more than 100 people at a global consulting firm in the US, and also had access to their performance reviews and internal human resources documents. At this firm, long hours are normal as responding to clients in a prompt manner is important.

“When the client needs me to be somewhere, I just have to be there,” said one of the firm's employees. “And if you can’t be there, it’s probably because you’ve got another client meeting at the same time. You know it’s tough to say I can’t be there because my son had a Cub Scout meeting.”

Those who embraced this particular office's culture of long hours were often the same people who were top performers. Other employees showed their displeasure for the long hours and and would push for less business travel or more flexible hours. The employees in the latter group were often seen has lower performers.

About 32% of the men and 11% of the women included in this study did have a more moderate work schedule, and didn't seem to have to push for it. Most of their clients were local, which greatly reduced their travel time. If they did skip out on work to spend time with family, they didn't bring attention to it. One team at the firm, in which many employees had small children, all agreed to cover for each other in order to give themselves more flexible hours.

One male junior manager says he has a client close enough to home that he is able to handle meetings in day trips. He leaves the office at 5pm in order to get home at 5:30pm, which allows him time to have dinner with his family and play with his daughter. On the weekends, he spends just a couple of hours catching up on emails. “I know what clients are expecting. So I deliver above that," he said. He has received a high performance review, even though he works less hours than some of his peers.

Basically, he, and many others at the firm, are faking much longer hours without having to actually spend 80 hours at the office. They don't just get the work done, but they continue to go above expectations to be considered high performers.

Women at the firm, especially those with young children, were more likely to gain flexibility through formalities. They would return from maternity leave and request a reduced schedule. However, when men would request paternity leave, they were essentially punished with a low performance review. This is probably what encouraged many of them to seek out flexible schedules in unofficial ways.

Basically, when people would request a lighter workload, especially women, they would be punished in their performance reviews. The employees who discreetly gave themselves a lighter workload continued to be seen as high performers.

It is important to remember that this study was conducted only on one firm. However, Reid did note in an interview with The New York Times that since publishing her findings, she has received many phone calls from people in a variety of industries claiming to have witnessed a similar dynamic.


Idle Busyness is Making You Unproductive 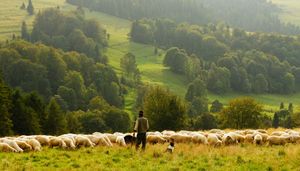