Kings College London researchers believe that computers are causing nearsightedness. Here's how to fight back.

[contextly_auto_sidebar id="tCKdRqHexVOXQiCG3oVNoRYZzb4wd7zq"]In Europe, about one-fourth of the population is nearsighted. But when you drill down to Europeans aged 25 to 29, the percentage of nearsightedness goes up to 47.2 -- nearly half.

There's strong evidence that computers are to blame.

Higher education has been linked to nearsightedness in the past, and this new study found that it was indeed highly predictive: Individuals who received a college degree are about twice as likely to be nearsighted than those who left school before 16. While partially due to genetics and social factors, the researchers speculate that the correlation is also caused by "the nature of modern education such as more time devoted to studying and working with computers and less time spent outside." Via entrepreneur.com

We desk workers need to get creative to fight off nearsightedness. I'm exceptionally nearsighted (my contact lens prescription is -8.5), which isn't far from my original prescription at 10 years old (-8 in my left eye, -7.5 in my right), but is severe enough to pay close attention to.

Here are two strategies that have worked really well for me:

[Tweet "Two great strategies from @efficient on how to fight eyestrain at work."]

[Tweet "Tip to reduce eyestrain: get up from your desk & focus on medium- to long-distance objects."]


The ZCAN Scanner Mouse Helps You Digitize Your Life [REVIEW]


Some Men are Faking Their 80-Hour Workweeks, And They Have a Good Reason 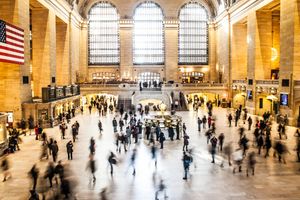