The Stats on Slacking, and How to Avoid Wasting Time at Work

The infographic below shares the stats on slacking off at work and may make managers and business owners cringe. Most pressing is its lead statistic that the average worker in the U.S. wastes nearly two hours every work day due to miscellaneous factors, which range from socializing to Internet distraction. Each year, employers spend $759 billion on work that isn't actually done -- which is to say that they essentially wasted that much in labor costs.

Another fascinating statistic that the infographic marshals forth is that almost 1 in 5 workers in the U.S. puts in over 48 hours a week at work. That's significantly lower than in Peru, where 50.9 percent of employees work over 48 hours each week.

Why do office workers slack off? It's a mix between not having enough work to do, becoming distracted by coworkers, and a poor work ethic stemming from employees feeling underpaid.

Slacking Off and Freelancers

I'd hazard a guess that most freelancers have previously worked in some kind of office environment, and many more were paid via salary. I've long argued that this model breeds wasteful behavior -- even despite bonuses and other regular financial incentives -- because at its core, on an average day, an employee is paid the same whether she shows up and gives it her all or just phones it in and plays on Facebook. Mix that scenario with ineffective managers, a bad fit between employers and employees, and all the other factors that dictate an employee's satisfaction at work, and you have a recipe for disaster.

Freelancing is by no means immune to slacking off or the downsides of an office environment. Freelancers face a myriad of distractions in their "office," and if they have the wrong clients or are spending too much time on specific projects, they can quickly feel underpaid. And without supervisors checking in at regular intervals, it's easy for freelancers to become tempted by the allure of taking the day off.

For me (and for most of us, I suppose), slacking off is fun, so I build it into my workday with what I call "managed slacking." I make deals with myself to complete tasks effectively and efficiently; if I complete those tasks within a predetermined period, I get to slack off.

For example, let's say that I have to write six blog posts for a client and four more for another. I might decide that if I can complete all those tasks before I take a lunch break, I can take the afternoon off. Now I have a killer incentive to get work done and avoid wasting time -- and I get to do all the slacking off I want in the afternoon without hurting my bottom line. How's that for an incentive?

What strategies do you use to cut down on slacking off at work? 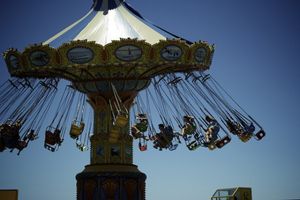