Surfing the Internet is generally considered a big no-no in the corporate world. But, it turns out spending a bit of time perusing Facebook and news websites can actually make you more productive.

New research from the University of Melbourne found that 70% of people who use the Internet for work engage in what they call Workplace Internet Leisure Browsing (WILB). While this is largely looked down upon, it turns out that those who do engage in WILB are actually more productive than those who don't.

“People who do surf the Internet for fun at work – within a reasonable limit of less than 20 per cent of their total time in the office – are more productive by about 9 per cent than those who don’t,” said Dr. Brent Coker, of the Department of Management and Marketing at the University of Melbourne. “Firms spend millions on software to block their employees from watching videos on YouTube, using social networking sites like Facebook or shopping online under the pretence that it costs millions in lost productivity; however, that’s not always the case.”

This web surfing serves as short breaks in between tasks, which actually helps our productivity.

“Short and unobtrusive breaks, such as a quick surf of the internet, enables the mind to rest itself, leading to a higher total net concentration for a day’s work, and as a result, increased productivity,” Coker said.

So go ahead, send out a tweet or two. Just make sure your web browsing breaks aren't too frequent or longer than a few minutes each. 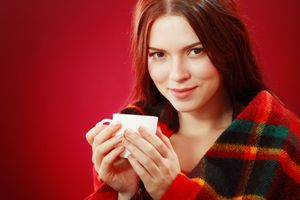 
Staying Warm is Vital to Productivity


Holacracy: Do You Want a Purpose Driven and Responsive Company? [Infographic]