Working Long Hours is Bad for Your Health

Working long hours isn't just bad for your productivity and work-life balance, but it's also bad for your health. A recent article in The Economist displays a scatter graph which shows the correlation between the number of hours you work and premature death. According to the graph, the more hours a person works a year, the higher their "potential years of life lost" (PYLL) will be.

"Longer working hours seem to lead to higher premature mortality. (For stats nerds: the strength of the relationship is significant, with an r-squared of 0.2)," the article reads. "The implication that over-work is bad for you chimes with lots of research (such as here, here and here) which links long working hours with poor health. Stress, for example, can contribute to range of problems like heart disease and depression."

The risk of PYLL has many contributing factors. In South Korea, for example, workers work very long hours but tend to eat healthier, which leads to a lower risk of heart attacks. However, Hungarians have a high PYLL, because they tend to get stressed out by work despite working shorter hours.

The moral of the story, however, is clear. Don't work such long hours because it's bad for you. Instead, make the most of your workday and embrace the extra downtime. 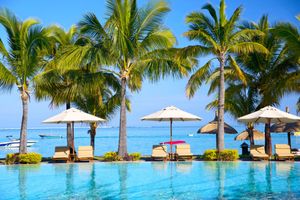 
Round and About Productivity: Work-Life Balance Realities, Threats and Motivators [Infographic]