7 Ways to Stay Productive in Times of Crisis

This past month has been one of the most challenging balancing acts of my life. My partner’s mother was hospitalized and took a turn for the worse the week before Easter. Tests results later revealed what the doctors had warned us would be the worst possible diagnosis -- Leukemia. At a time when my loved ones were falling into pieces, it was critical that I prepare myself for all possible scenarios.

Our family in California is small, so time spent at the hospital quickly filled each waking moment. Everything was put on hold as I exuded as much positive energy that my little body could put out. While things have been difficult, work and remaining productive was a concern that I had to actively nurse as much as possible.

At times I have felt like like I was the only one remaining positive and trying to rally the family to keep their spirits up and the exhaustion began to paralyze all motivation. In an effort to make the best of this shitty situation, I decided to turn this crisis into a personal challenge. I put my endurance to the test and asked myself, how productive can I be? With a month into my crisis challenge, I have identified these seven tips that allowed me to dominate when on the edge of defeat.

We are living in an app-forward future. Pretty much every platform that you use on your desktop computer also has an app version.

From my experience, however, the app versions can be very different and it will take time to train yourself and become as efficient as you are on the desktop versions. Often times, the app version is watered down and does not have all of the same features. But the majority of the apps on the market have enough capabilities to remain productive when you're on the move.

My Ridiculously Efficient iPad has been a lifesaver during this challenging time in my life. Being able to download all of my commonly used programs onto my iPad has allowed me to remain productive and meet deadlines that would have been missed had I not been able to work while spending time at the hospital.

The constant stress and worries that I have been experiencing has been muting the cheerful soundtrack playing in my head. Instead, I heard a constant loop of static.

To realign my thinking and decompress quickly, I take what I like to call, “a smoke break.” But I don’t smoke. Instead, these “smoke breaks” are time for me to pause and simply pay attention to my breathing.

I find “smoke breaks” most effective when I allow myself time for a set of ten deep breaths. To clear my mind, I close my eyes and count each of the ten breaths internally at the peak of each inhale.

Get Your Vitamins and Nutrients

As soon as I was thrown off of my daily routine, I noticed that my diet was drastically affected. Add that to the stress list! While reaching out to my sister recently, I had mentioned my struggle to maintain my diet during this difficult time. Luckily her ears must have been ringing because she had a quick fix which had my name written all over it.

I started taking a daily supplement, which is something I had never done before. It is called Kyäni and, surprisingly, I saw results rather quickly. My favorite product is Kyäni’s Sunrise Morning Supplement, which is a fruity juice packet that assures all of my daily nutritional needs in a few tasty squirts.

Having the stress of my nutrition eliminated, I have felt more energized and able to give more positive energy to the ones around me needing it most.

Yeah, I know. Who has time to exercise when you're running around like a chicken with their head cut off? But exercise has been a quick way to release built up negative energy and sweat out toxins that make me feel poopie.

I personally am not a fan of your typical workout at the gym. As a matter of fact, I despise going to the gym. So, my efforts to stay active have to be fun and creative. In my younger years, being active was always a part of my work. But since that is not the case anymore, I have fallen off the bandwagon and my back rolls have back rolls -- FML!

If you're anything like me, you load up your Amazon prime shopping cart pretty much daily. Most items I add end up in my “save it for later” list, where it sits until the next time I've popped open that second bottle of wine.

Lately I have been whining about the shape my body is in -- how I'm not as flexible, or as strong as I was just a few years ago. To encourage and light a fire under my ass, it was time that I invested in myself.

Ever since my first aerial class back in Philadelphia, I wanted my own aerial rig to workout and practice. There was even a time where I used to hang my trapeze bar from the fire escape behind Cosí on 12th street -- fucking crazy, right? In efforts to satisfy my picky exercise requirements, I purchased an aerial rig for my backyard. Now, I no longer need to fight myself to go to the gym and I am able to exercise in a way that is fun, challenging and creative.

Take Your Friends Up On Their Offers To Help

Generally, I am fairly quiet about my personal life. But my friends and those closest to me can always tell when something is off. As many us have experienced, those who care about us always offer to help in times of crisis, but for some reason we always thank them for offering but ultimately end up refusing the offer. WHY DO WE DO THIS?!

When I first informed Marissa about my current situation, she immediately went into calm and comfort mode. She offered to set me up with a massage from Zeel. I denied the offer because the gesture was too generous to accept. I later opened my email to find a gift certificate from her anyway. She knew how badly my body needed to relax and deep down I knew I needed it too. Marissa says it is her way to taking care of one of her “star athletes.”

My sleep schedule got out of whack as soon as I was needed bedside. In order to avoid total burn out, I had to find moments where I could close my eyes, even if it was just for 20 minutes. Comfortable clothing has been essential, especially layers to adapt to different temperature and my travel neck pillow has been a real life saver, too. At the end of the day, try your best to get as much sleep as possible as often as possible. Although sometimes this may feel impossible, your body becomes useless without sufficient sleep. 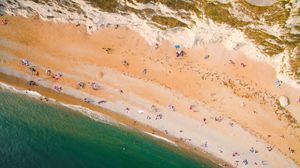 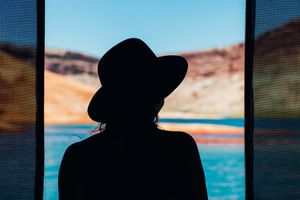