Change Your Commute for a Happier Life

Commuting is one of those aspects of your life that will either bring you hours of misery a week, or can help give your mood and energy a little boost. A recent study from British researchers found that spending long periods of time in your car is making you unhappy. They also found that those who opted for walking or cycling to work instead of driving had improved wellbeing, including better concentration and minimized strain. Additionally, experts have found that using public transportation is also better for your psychological wellbeing when compared to driving.

“One surprising finding was that commuters reported feeling better when travelling by public transport, compared to driving," said lead researcher Adam Martin, of the University of East Anglia. "You might think that things like disruption to services or crowds of commuters might have been a cause of considerable stress. But as buses or trains also give people time to relax, read, socialise, and there is usually an associated walk to the bus stop or railway station, it appears to cheer people up.”

The researchers came to their findings through analyzing 18 years of data on almost 18,000 adult commuters in the UK.

Martin adds that commute time was found to be a significant factor. “Our study shows that the longer people spend commuting in cars, the worse their psychological wellbeing. And correspondingly, people feel better when they have a longer walk to work.”

If you aren't close enough to work to walk or cycle, try public transportation. Even sitting in a crowded train is better for your wellbeing than being stuck in rush hour traffic in your car. If driving is your only option, think of some creative alternatives. Try driving to the nearest subway station, or working out of a local coffee shop once a week. These little changes can go a long way.

Find out more about the study and researchers' methods here. 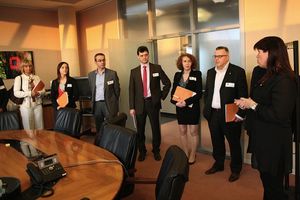 
A Case to Replace Daily Standups With Texting 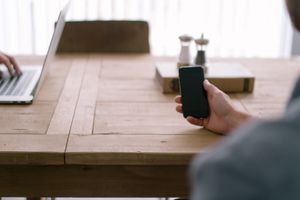