We Finally Tackle the Big Millennial Debate - How Different Are We?

A recent article from the Harvard Business Review brings to light a subject that has been debated among employees, employers and HR experts for years now -- just how different are millennials and do we need a different management style? HBR's Amy Gallo did some investigating into the most common statements made about millennials and if there is actually any truth there. She gathered information from management experts and studies that generally say that millennials aren't that different after all.

Marissa Brassfield (founder and CEO of Ridiculously Efficient Inc.) and I broke the HBR article into pieces and offered our take on the whole millennial conversation, as millennials ourselves. See our responses to the comments below.

They’re completely different from “us” at that age. False.

Peter Cappelli, the George W. Taylor Professor of Management at The Wharton School, has studied the research done on Millennials and says it comes up short. “There is no real serious evidence that there’s a generational difference,” he says.

Sure, older generations look at Millennials and think they’re not like them. Those observations are based on cognitive bias, not actual differences. “It’s easy to assume young people are different in disposition because they seem different from you. But young people are always different than old people. For example, young people are much more interested in dating than those who are older and settled. And they don’t have obligations in the same way that older people do,” says Cappelli.

Rosemina: Of course we are different, every generation is different. But that doesn’t mean we aren’t all kind of the same at certain points in our lives. Millennials are different because we grew up with the Internet, we grew up having mass amounts of knowledge at our fingertips and with the ability to communicate with people all over the world in real-time. That makes us undeniably different. However, from my point of view, these differences don’t take away from the similarities of people’s experiences at different points in our lives. Anybody seeking out a specific career will likely spend a good portion of their 20s educating themselves, getting their feet wet with potential career paths and making a few mistakes along the way. So, we are different, but we are also kind of the same.

Marissa: I echo your sentiments here. Each generation has had an unusual set of challenges that shapes our worldview. Anecdotal evidence worth pointing out, though, is that we millennials grew up with boomer parents who told us we could be and do anything we dreamed. Our boomer parents, in turn, were raised by parents who went through the Depression and saw World War II. The attitudes they instilled in our boomer parents were slightly different: work hard (even if you don’t love your work) and persevere, because that’s what you have to do to put food on the table.

“There are some perceptions that many people have that simply aren’t true and this is one of them,” says Twenge. Her research comparing data from U.S. high school seniors in 1976, 1991, and 2006 shows that contrary to popular belief, Millennials don’t favor “altruistic work values (e.g., helping, societal worth)” more than previous generations. In fact, they place slightly less emphasis on “a job that gives you an opportunity to be directly helpful to others” than Boomers did at the same age.

All those companies offering pay to employees for their volunteer work? They aren’t responding to a need presented by Millennials. That’s a benefit that seems to have always been valued by U.S. workers; and it may be useful motivation for younger and older workers alike. “The same is true for emphasizing how the company benefits society; GenMe is no more or less likely to be interested in the social good than previous generations were,” her report says.

Rosemina: This surprises me. My perception has always been that previous generations (such as my parents) pursued careers largely to ensure their families were taken care of, while my generation has always been more interested in pursuing passions and turning them into careers, which often involves philanthropy and work in the humanities. It surprises me even more that millennials are less likely to donate to charities or less likely to want a job that contributes to society in a positive way. I have always been the type of person who has wanted to do something good for the world, and I just assumed others my age felt the same way (even though there hasn't been much evidence of that amongst my peers).

Marissa: The key distinction here is “altruism” versus “purpose.” Those are not synonymous in this context for me. It’s one thing to want a job that directly helps people and improves society; people will gravitate to that type of work regardless of generation. It’s another topic entirely to want a job that involves doing meaningful work -- and here, I posit that millennials, due to the way we were raised and empowered to seek greatness, are far more vocal about their displeasure in this area than other generations were.

Looking at the data, Twenge did see a slight rise in how much Millennials value work-life balance. “Recent generations were progressively more likely to value leisure at work … GenX and GenMe placed a greater emphasis on leisure time than did their Boomer counterparts,” she writes. Almost twice as many young people in 2006 rated having a job with more than two weeks of vacation as “very important” than in 1976, and almost twice as many wanted a job at which they could work slowly. In 2006, nearly half wanted a job “which leaves a lot of time for other things in your life.”

But Cappelli points out that those changes are still pretty minor. Plus, he says, many managers overemphasize this difference, in part, because they forget what it was like to be young themselves. When you were 22, “you probably wanted to get out of the office in a hurry — you were interested in what was going on after work,” he said in this March 2014 New York Times piece.

Marissa: Millennials have had an unusual combination of circumstances to create this attitude shift. Our working boomer parents couldn’t always make it to games or recitals because of their schedules. They also instilled a belief in us that we could have the life we dreamed of… so for me, it was always the opposite: “I’m never going to miss my kids’ games. I’m always going to prioritize vacation time.”

Another factor to mention is the rapid technological advancement we’ve seen in our lives. Now, more than ever, we have instant access to information about how other cultures live. So we can see firsthand, through photos and videos and social media, what it’s like to live in a country that has a 35-hour workweek, or 2 p.m. siestas, or mandatory month-long vacations. And thanks to technology, we can do things faster: we can outsource rote tasks, get instant help on a computer glitch, crowdfund a passion project, and make purchases from our smartphones.

Rosemina: I totally agree with you here. Every generation wants to be “better” than the last, especially when it comes to parenting (for example, boomers wanted to be able to provide for their families in a way their parents couldn’t.) This has led millennials to taking a stronger stance when it comes to making enough time for family and personal experiences. I also think the “personal experience” is something that really resonates with millennials, largely due to, as you pointed out, technology. Having so much information available to us has opened our eyes to what the world has to offer, and we want to drink up as much of that as we possibly can. 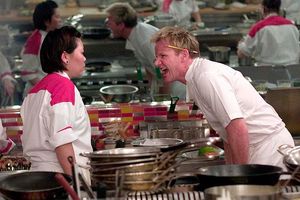 
How to Cope With Coworker Venting and Cranky Entrepreneurs


Inside My Editing Flow