Multitasking Rewires the Brain (In a Bad Way)

I get why people are so adamant about multitasking. To be as efficient and productive as possible, today's professionals are generally working on three to four tasks at one time. If you aren't multitasking, you're wasting time, right? Not so much. The latest research shows that for those of us who are constantly plugged in to our digital devices, our brain could be losing functionality.

Stanford professor Clifford Nass has been studying the psychological effects of human-media interaction and discovered that media multitasking impedes our ability to focus on relevant information. Those of us who engage in multitasking develop difficulties in discerning what information is important versus what information can be discarded. Essentially, we get caught up on what we aren't paying attention to, thus becoming even less efficient multitaskers.

Aside from the focus issues that have arisen from multitasking, this practice also affects our ability to interact in social settings. People who fixate on interactive media devices often display immature levels of social and emotional competence, leading them to focus ever more on the device in their pocket.

Because productivity in the workplace oftentimes requires multitasking, it's becoming even more important to create downtime in our days where we turn off our devices and mentally relax. How do you stop yourself from multitasking?


Employees Put in Longer Hours Than Five Years Ago 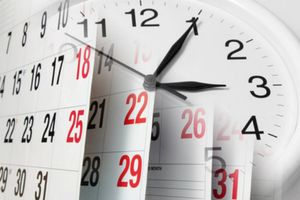