Want to Become More Productive? Get a Desk Plant

Sitting in an office all day can have you dreaming about going on a nature hike, or even just spending any amount of time outdoors. Instead of daydreaming, bring nature to you with the help of desk plants.

Researchers from Norway conducted two studies to see if desk plants can help boost productivity. To test attentiveness, they had participants read several sentences from a computer screen, then asked if they could remember the last word in each sentence.

The first study was published in 2011 with some participants performing the task on a plain wooden desk with nothing around it. Other participants did the same at a desk that was surrounded by flowers and plants. Those who worked around the plants had improved scores the second time they performed the task, while the other participants' scores remained the same.

In their second study, which was published just a few months ago, researchers reached similar conclusions. Participants who had plants and flowers near them had better attention, and those with plants as well as a window view had a boost in cognitive function.

"Most people spend a large proportion of their life at work, so even small effects may have great practical significance when aggregated over employees and time of employment," said Ruth K. Raanaas who works at the Norwegian University of Life Sciences and collaborated on both studies.

The plant basically serves as visual stimulation that allows your brain to calm and recharge, which is similar to taking a nap. With plants, however, we are able to effortlessly shift our focus to something indirect, which serves as a restorative distraction. Thus, we are given something else for our minds to think about, without actually having to switch total focus or attention.


Dell's CEO Wants Half His Employees to Work From Home 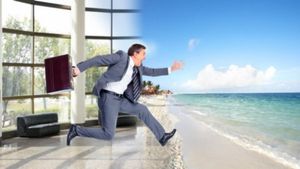