Imagine a New York SoHo startup office that doesn't have any fun amenities -- no pinball, no creative decorating, and no fun and games whatsoever. In fact, this office doesn't even have a sink. Coffee stains adorn the carpets, window curtains are made out of cardboard boxes and the office security is a cardboard cutout of Bruce Lee. Vacation time is limited to three weeks and no one is allowed to work from home. Doesn't sound very exciting, does it? But this is life at Dashlane, the makers of the secure password manager app.

"We’d rather spend our resources and money on things that are going to make us stronger as a team," Dashlane's CEO Emmanuel Schalit told Fast Company. "More -- maybe -- than on things that would 'look cool' like a big slide, or a big whatever."

Instead of having fun perks, Schalit prefers to reel in potential employees with Dashlane's mission and values. But even this CEO can admit that perks can often bring in the best talent. The only perks his employees are getting, though, are an espresso machine and a regular order from online grocer Fresh Direct, which often includes beverages of the alcoholic kind (a pretty decent perk, if you ask me!).

Interestingly enough, Dashlane's New York office uses some pretty cool tech toys to communicate with their Parisian counterparts -- perhaps a perk all on their own. There's a large monitor in the office that lets any employee speak to a colleague on the other side of the world through teleconferencing. There is also what Fast Company describes as an iPad on wheels that basically allows employees of the two offices to walk up to each others' desks and communicate, like they would if they were working out of the same office.

Luckily for Schalit, Dashlane has managed to find employees who agree with his take on employee perks. Senior marketing manager Ryan Merchant used to work for Fab, an online retailer who has every kind of perk imaginable. And he is so over the perked-out office culture.

"When you know you have all these crazy perks you get people who are just driven by: 'I want that perk.' It kind of becomes about that once you’re there and it’s like 'let me tweet about all these great perks that are at my office.' Then all your coworkers are there just for the perks."

The no-perks office seems to be working pretty well for Dashlane and their employee retention. In the last three years the company has only lost one employee, who left to pursue a career working with animals.

What do you think? Does a fun, perk-filled office culture take away doing actual hard work? Tell us in the comments below! 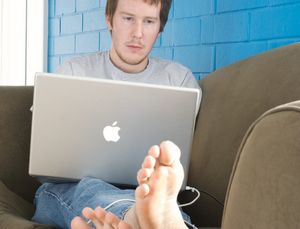 
Take Coffee Shop Sounds With You Everywhere With Coffitivity 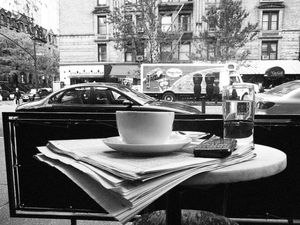