In today's edition of Millennial Monday, I'm sharing my take on two stories I read last week about what I call office pomp and circumstance. I'm really lucky in that I get to do what I love from home 99 percent of the time. I have a couple meetings a month that require me to go to a traditional office setting... which only strengthens my convictions that certain aspects of the corporate work environment are absolutely useless.

Two stories I read this week underscore these points beautifully. First, Anna Johansson squares off on meetings for Entrepreneur. My favorite point in her piece:

While many people consider meetings to be “work,” they aren’t. Just because they take place in an office with people doesn’t mean that anything actually gets done. Most meetings are spent talking about work, and if you’re talking about work, you aren’t actually working on anything. Talking about solving a problem doesn’t solve the problem. In some cases it might clarify the problem, but in many cases, it will only complicate it or do nothing at all, putting everyone back at square one when the meeting is over. Read the other reasons meetings are useless...

The default mode for many corporate folks is to call a meeting to discuss a topic or report progress. It's how things have always been done, but it's treading into dangerous waters.

Last week, I wasted over four hours in meetings. In one hour, the topic had zero overlap with my responsibilities, so I didn't have anything to add. For the other three hours, the topics and to-dos could have been succinctly sent in an email... leaving me the rest of those three hours to research and complete those to-dos.

Meetings may be efficient for the CEO or decisionmaker, but for the team members whose roles center on execution, they're largely time sucks.

Speaking of time sucks, let's talk about the workplace fashion racket. Matilda Kahl, an art director at Saatchi & Saatchi, has it all figured out: like Steve Jobs and most suit-wearing men, she's adopted a single outfit variation that she wears daily:

The simple choice of wearing a work uniform has saved me countless wasted hours thinking, "what the hell am I going to wear today?" And in fact, these black trousers and white blouses have become an important daily reminder that frankly, I'm in control. Read the full post...

Kahl cites the ridiculous pressure on women to uphold a flawless image at work, and the stress that picking the day's outfit used to cause her.

I've definitely experienced this pressure, and my way to alleviate it has been with Le Tote. Since most of my workweek is spent at home, I've felt less urgency about constantly shopping for dressy clothes -- completely unlike how I used to feel when I managed an upscale restaurant.

And yet I felt self-conscious about the clothes in my closet. While getting ready, I'd go through an internal dialogue: Did I wear this dress last meeting?Are people going to think I only have two or three nice things to wear to work?

I have no idea where this insecurity came from, but it's horseshit. And I know I'm not the only woman who's felt this way. 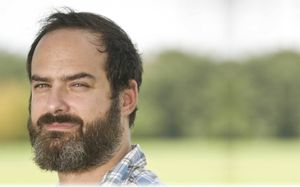