Offices comes with a slew of distractions, from surfing the Internet to simply chatting with colleagues. A national survey from CareerBuilder reveals the top 10 productivity killers in American workplaces. The study also exposes some of the weirdest things bosses have found employees doing at work.

When it comes to some of the unusual things people do at work, respondents cited behaviour like blowing bubbles in sub-zero weather, married employees visiting dating websites, caring for pet birds while at work, shaving legs in the bathroom, and laying under a pile of boxes to scare people.

“While many managers feel their teams perform at a desirable level, they also warn that little distractions can add up to bigger gaps in productivity,” said Rosemary Haefner, Vice President of Human Resources at CareerBuilder. “It’s important to be organized and designate times to work on different deliverables. Minimize interruptions and save personal communications for your lunch hour or break. It can help put more time and momentum back into your workday.”

About three-quarters of employers have implemented some sort of policy to try to curb these productivity killers. These include blocking certain websites, prohibiting the use of cell phones, monitoring Internet and email use, and scheduling lunch and break times. These, however, are the types of policies that will cause employees to rebel and become even less productive due to lost morale.

Instead, employers should look harder at their own communication methods. Try using project management tools such as Asana or Basecamp to lessen the amount of emails in employees' inboxes. Reduce the amount of meetings being held, and provide private areas for employees to get meaningful work done without being interrupted.

The survey was conducted by Harris poll, and included 2,130 hiring managers and human resource professionals, as well as a sample of 3,022 full-time private sector workers. See more of the results in the infographic below.


What Does it Mean to be the Best?


Your Productivity Doesn't Have to Suffer During the 2014 World Cup 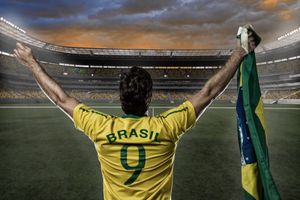